Node was released in 2009 and quickly established itself as a solid, fast-moving vehicle for app development.

Node is a key part of a successful full-stack JavaScript project. Used for backend development, Node will facilitate a sharing, faster and more effective team dynamic. Also, frontend JavaScript developers can quite easily work on the server side and thus get the efficiency of both ends being as they share the same language.

There are numerous features of Node that make it a highly sophisticated tool for app development. These features start with Node’s speed of operation which supports tens of thousands of concurrent connections in the event loop because Node uses non-blocking I/O threads.

Another benefit of using Node is the large range of developer tools that are available via the Node Package Manager (NPM). The NPM acts like a community market or forum that attracts thousands of packages (or modules) for download. These packages have been created by Node developers around the world to improve the development process.

This thriving worldwide community strengthens FusionHit’s ability to deliver creative, clever solutions for your applications. By picking and choosing the right combination of modules, our team members create their own custom environment for getting the most out of Node.

Node can handle a huge number of simultaneous connections with high throughput, and that equates to high scalability.

What is Node Used For? 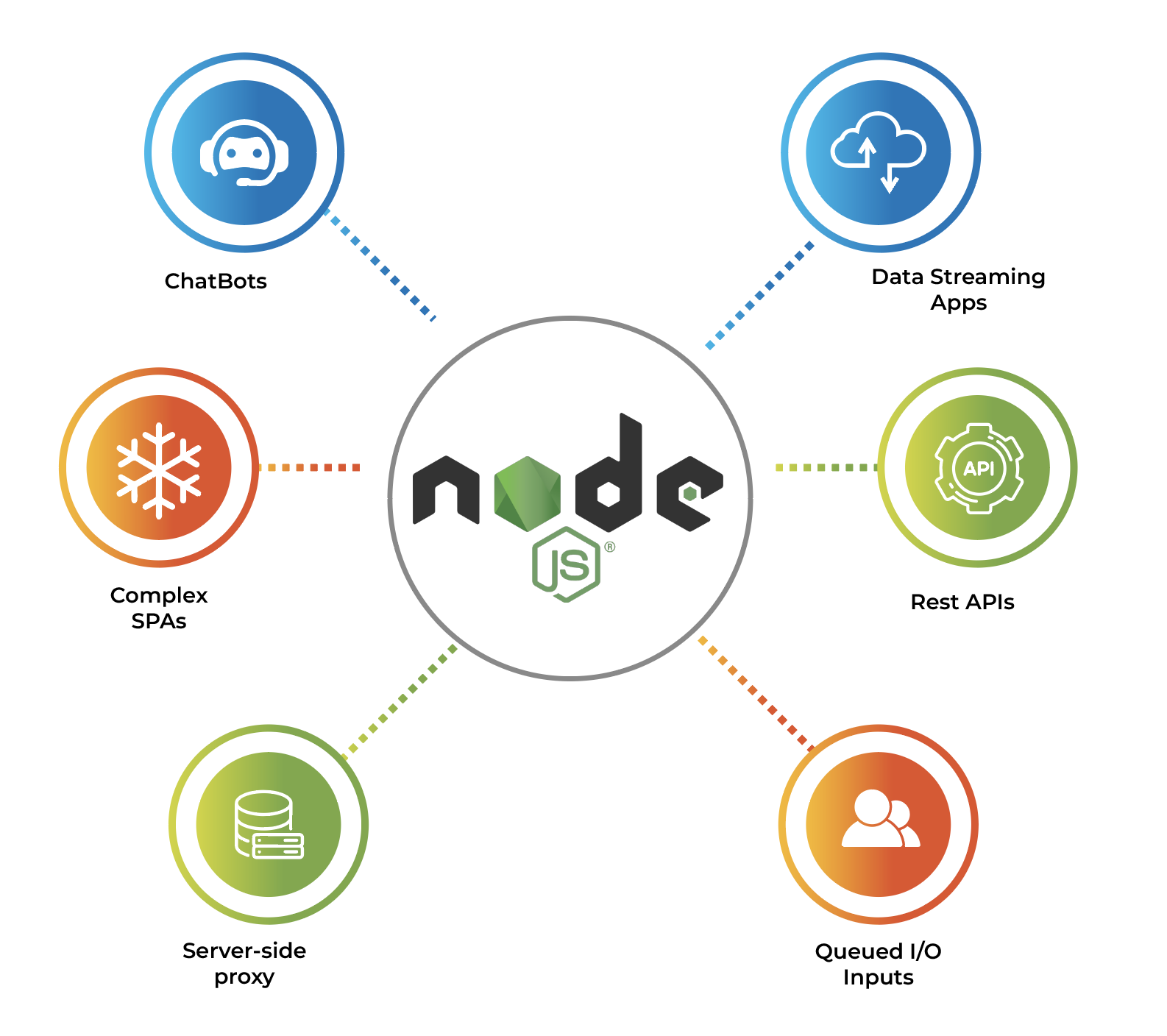 Node is perfect for data streaming apps as well as single page applications (SPAs) because Node is more than a match for these famously performance-draining applications.

This runtime environment also works well for AI-driven features such as chatbots because as mentioned earlier, of the use of the same language on both server and client side.

Hire a Javascript Tech Stack developer for your project

FusionHit has been offering Javascript Tech Stack developers for several years. Our experience with Node has seen us produce effective, efficient applications that look great and function even better.

Our experienced approach allows FusionHit developers to create cross-platform apps more easily, and to do so quickly within your development schedule. We are aware that development times impact your budget and, as nearshore development experts, we are always looking to improve our delivery experience. We are happy to answer all your questions about the use of Node on your next application project.

Are you looking for NodeJS Developer?