The necessity of mobile app development is clear – we live in a truly mobile age, with usage of phones and tablets increasingly the norm, not just at home but for business too. Many organisations have now woken up to the fact that customers of many businesses expect to be able to interact with and be served by a fully-functional app on their phone or tablet.

With our team based in Costa Rica, we work with clients around the world, leveraging the best in modern telecommunications to mean that you receive better service than you might from an agency just down the road.

The iPhone defined the smartphone, and set the standard for mobile and tablet interactivity. The leading edge of exciting, modern app development still takes place largely on iOS, and the massive, growing user base ensures a broad market for iOS apps.

iOS app development is at the core of our services. Many of our developers started their app development careers in iOS. The Objective-C development language and the simplicity of the tools provided by Apple make for a powerful and exciting environment in which to develop.

iPhone app development provides an affordable and effective way to build responsive, slick mobile apps for what remains the leading name in mobile and tablet technology.

The leading competitor to iOS, Android has made great headway in markets across the world, pushed by leading manufacturers such as Samsung, Sony, HTC and LG. While Android devices may still not have the ‘want factor’ that iOS devices enjoy, Android actually has a larger market share, and, with focused targeting of emerging markets across the world, this share is only going to increase.

Android devices take many shapes and sizes, from mobiles and tablets to large ‘phablet’ phones, and even to laptop computers. The Android app development framework, based on Java, is fully-featured and very powerful, giving developers options to leverage many of the exciting technologies manufacturers create.

We’ve over half a decade of experience of Android app development, producing apps from games and entertainment, to fully-featured internal business applications. The flexibility of the framework and the easy deployment make Android a great option for an in-house user base, as well as for producing apps for an ever-growing international market.

As both iOS and Android use different programming languages and development frameworks, it can be quite resource-intensive to produce native apps that span both markets. Apps need to be written separately, and workable back-end solutions can involved higher maintenance demands.

This is where Xamarin comes in. It’s a framework at the front of modern app development, based in Microsoft’s powerful suite of development tools, that allows a single app to be developed, which is then deployed in translated native code to iOS and Android. These pre-built tools cut down on development time (and thus, cost) significantly, and the user is provided with a sleek, native-looking app with performance not greatly different to a native-built app.

We recommend Xamarin for clients who want to strike the ideal balance between responsive, native-feeling performance, while reducing development and maintenance costs. 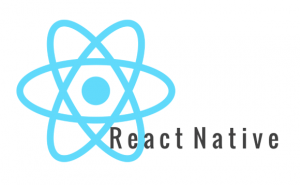 React Native is a relatively new addition to the coding industry that allows simple mobile development. Using basic knowledge of Javascript, you can build apps suitable for use across iOS, Android and the Web. It allows for faster development as well as simple and efficient sharing of code with others.

As a new platform, it’s still a work in progress, so knowledge of how it works and experience using it can give you a great head start in working with technology. We at FusionHit are already proficient in using the platform and have used it to create some outstanding applications.

Are you looking for mobile apps development?