Microsoft’s .NET and Visual Studio development tools will be available for Mac OS and Linux, the company announced, as it continues to push forward with its open source, cloud-based and cross platform strategy.

This is not the only surprise found within the Visual Studio 2015 release; an Android emulator is also provided as part of the development and Microsoft has also made Visual Studio 2013 more or less free to use.

This release is quite a strategy change for Microsoft and will give developers a way to make software not just for the Windows environment, but also Android, iOS, Linux and Mac OS X.

But is this ethos change a good thing for Microsoft? Let’s look at the new features on offer first:

Microsoft plans to move its server-side .NET runtime so that it runs across Linux, Mac and, of course, Windows. This, in turn, means that developers can build .NET 5.0 applications that can be deployed and run on Linux and/or Mac environments.

According to officials, Microsoft is providing Mac compatibility mainly to offer a development environment choice, and is expecting most .NET developers to still deploy their apps within the Linux and Windows environment.

However, Microsoft’s next generation of web development framework has already been shown running on both Linux and OS X.

Microsoft will release on a new Community version of Visual Studio 2013. This full-featured release will be free to individual developers, small businesses and anyone not making enterprise applications.

Unlike previous and free Express Visual Studio versions, this Community release will also support Visual Studio extensions and provide access to a range of add ons.

Microsoft also announced .NET 2015 and Visual Studio 2015 previews for existing developers, which gives the opportunity for more cloud-based development and added support for Android, iOS and Windows, where developers can use C#, C++ HTML or JavaScript to produce apps.

In April 2014, Microsoft shared its plans to move a number of its developer technologies into the open source arena. This included ASP.NET, the .NET Micro Framework, the Roslyn .NET compiler platform, .NET Rx and the C# and VB programming languages. According to Microsoft, these technologies will be available through a newly created .NET Foundation.

With this latest announcement, the company is adding more bits of .NET to its open source list, including the .NET Common Language Runtime (CLR), garbage collector, the just-in-time compiler and Base Class libraries. Microsoft also pledged to work with partner Xamarin, which made .NET available on other platforms, to integrate the Mono runtime work.

Microsoft’s Android emulator is a bit of a let down and does not really put itself in direct competition with Android Studio and Eclipse.

The sort of Android development that you can achieve using Visual Studio is limited to Xamarin’s libraries and C# or Cordova-based HTML and JavaScript apps. Additionally, Visual Studio 2015 does not let you work with standard Java-based Android apps.

There are a plethora of new features available with this release, but one of the most interesting is an automated release management pipeline hosted on Azure.

This feature also developers to automatically build apps by deploying onto a development or test environment on Azure. What is more, testing can be automated as part of the build process with unit tests based on Microsoft’s PEX project.

Microsoft’s move into allowing developers build applications that run on platforms including Android, iOS and Linux is an interesting development.

Microsoft’s intention is clearly to make its Azure cloud platform more competitive and future-proof its technology by adopting this more flexible approach.

It’s not just .NET that’s moving into the cloud. This announcement marks another move by Microsoft to make its technologies available across a wide variety of platforms. This has been a theme spear-headed by CEO Satya Nadella when he began earlier this year – to prioritise cloud and mobile technologies ahead of its existing Office and Windows businesses.

S. Somasegar, corporate vice president of the Developer Division at Microsoft, said: “With these releases, we are broadly opening up access to our industry leading platform and tools to every developer building any application in today’s mobile-first, cloud-first world.”

Microsoft .NET was released more than decade ago, at a time when Windows was the dominant force in the computing world. But, as smart-phones, tablets and cloud computing have gained momentum, Microsoft’s core business model has been rocked to its core.

This, in turn, signals that the release is a move from Microsoft to becoming a company that is more about Azure, and less about Windows.

Microsoft’s future destination may well lie beyond Windows and, by giving developers these cross-platform tools, it’s good to know they will be welcomed on the journey.

Contact Us, to learn more about new Microsoft Technologies. 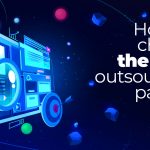 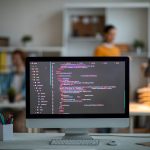